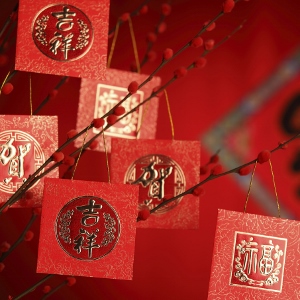 International brands are increasingly gearing their product launches and promotions around the Chinese New Year. Is there an easy formula for positioning and adapting a brand correctly for Chinese consumers?

Chinese New Year – celebrated last week to usher in the Year of the Monkey – is the most important traditional festival in the Chinese culture. It is also a huge annual event in consumer spending. This year’s seven-day holiday recorded total retail and restaurant sales of RMB 754 billion (approx. USD 115 billion) in Mainland China, up 11.2% from the same vacation period in 2015 (source: Ministry of Commerce). Gift giving and personal grooming (tradition has it that you are supposed to wear head-to-toe new clothes to bring in the New Year) are the two major areas of where the money goes during the holiday season.

Despite a smoothing out of wine sales throughout the year as everyday consumption becomes more important, Chinese New Year remains the peak season for wine sales in China. Wine is increasingly consumed as part of the festive meal and a gift of wine (usually red) remains a very appropriate toast to the recipient’s health and prosperity.

Based on some of the feedback I’ve been seeing from friends, and also social media, it seems that the social “rules” about what to buy for Chinese New Year are changing for wine (and possibly other products too). Here are some observations:

Instead of looking solely for prestige or social superiority, I am increasingly seeing the Chinese middle classes – the rapidly expanding driving force of the country’s consumption market – looking for tasteful, quality wine gifts (product plus packaging) that communicate their personal integrity, and these wines don’t necessarily need to have a prestigious label.

Ahead of Chinese New Year, Penfolds released a special “Max’s Promise” gift box to celebrate the Year of the Monkey. The gift box used Penfolds’ classic red colour as background, with Chinese characters 猴 (meaning “monkey”) pieced together by golden fortune-bringing numbers such as 2, 6 and 8. The gift box was praised for its “original design bursting with festive spirit”, and it’s reported that the 8,000 cases shipped to China sold out within 20 days before the holiday season kicked off (source: Wine Business Observation). Priced at RMB 500-600 (approx. USD 75-90), the Penfolds gift box wouldn’t be “qualified” as a luxury gift (which has taken a very hard hit with the government anti-corruption campaign), but as an affordable one to most middle class gift-givers. 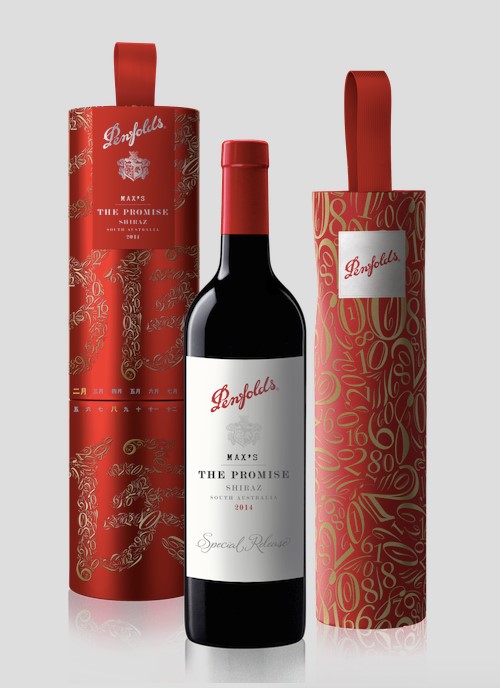 As Chinese consumers become more seasoned shoppers, it is getting more difficult to catch their eyes and convert them into actual buyers. When it comes to festive season promotions, it is important to engage them with timely Chinese New Year topics and seasonal product offers that match their needs.

Positioning itself as “the trendy wine for young Chinese consumers”, i heart launched the Golden Monkey six-pack at RMB 199 (approx. USD 30), which contained one 75cl bottle of Golden Monkey Merlot plus five 18.7cl bottles of Chardonnay, Sauvignon Blanc, Merlot, Shiraz and Zinfandel Rose. The brand looked to engage young, entry-level consumers with simple, fun wines, offering them an opportunity to discover six “uncomplicated” wines at a time. The “i heart Monkey” campaign on the internet paid a tribute to Sun Wukong (also known as the Monkey King), the main character in the Chinese classical novel and television show Journey to the West, which was one of the unforgettable memories from us Chinese Millennials’ childhoods. The Golden Monkey Merlot limited edition adopted the brand’s classic i heart label design and added an element of the New Year celebration (a golden monkey) to the front label, which was seen as “reconciling with the brand’s simple and trendy image” and “close to the Chinese culture”. In one month nearly 30,000 packs of the Golden Monkey were sold in China (source: Wine Business Observation).

Clearly there is no easy formula for giving your brand the best chance of success in the Chinese market. Simply rendering everything under the sun in the traditionally festive and auspicious shades of red or gold isn’t always enticing (Giorgio Armani and Givenchy chose red for their makeup cases but they wound up not winning many friends in social media), and using zodiac animals can fail to appeal if it isn’t done in a clever or authentic way (Louis Vuitton’s Monkey Crew Necklace and Dior’s Diorelita range became fodder of rampant online ridicule). What draws the apparently disparate examples of success together (and tends to differentiate them from the failures) is a concerted effort on the part of the brand owner to understand their market and target consumers, allied with a clinical, open-minded attitude to adapting and positioning their brand cleverly for a Chinese audience. If you would like more insight into this crucial approach, get in touch with me today or obtain the information directly through our syndicated China reports. 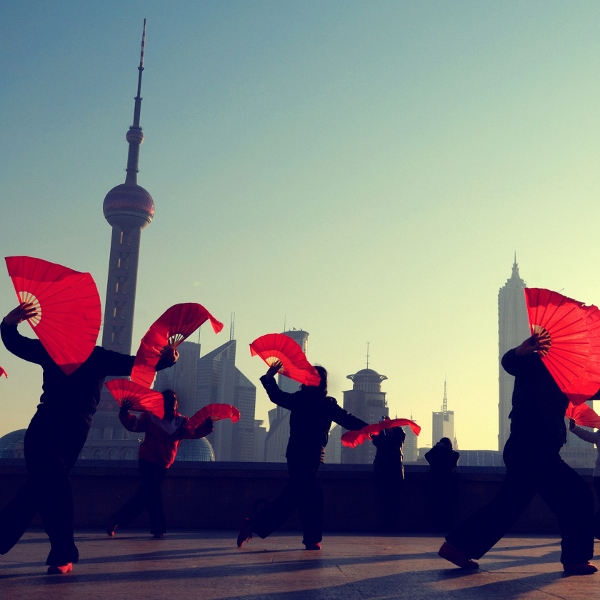 Chateau of A Hundred Prices

Weathering the storm in China
Subscribe to our newsletter

Labels – how does yours compare?

The undiscovered country
Scroll to top