Whatever the outcome of the latest Brexit negotiations, the wine industry – and everyone else – should be prepared for a long, hard road ahead

It feels like a climax of a classic Hollywood thriller. Time is running out; disaster looms; no one can agree on the escape plan. The audience is gripped, wondering what will happen next.

Except this is reality, the issue is Britain’s increasingly undignified divorce from the EU, and – unlike in Hollywood – the most likely outcome (at time of writing) is that everyone will suffer. Most commentators agree that it is scarcely believable that the UK now finds itself in the position of hoping, somehow, for an improbable escape act as its only remaining option in the Brexit negotiations.

British Prime Minister Theresa May is still clinging to a plan which rests on a tortured logic and that has managed to upset just about everyone: the EU, the hardline pro-Brexit bloc within her own party, the Northern Irish politicians on which her government majority depends, business leaders from within the UK and from industries heavily invested in Britain, and plenty more besides.

It proposes that the UK sits outside the EU’s customs union (where member states collect tariffs on behalf of the bloc as a whole) but somehow continues to collect those tariffs while pursuing its own independent trade policy, with likely different tariffs. It proposes that the border between Northern Ireland and the Republic of Ireland to its south remain open (as enshrined in the Good Friday Agreement, a peace treaty signed 20 years ago to end the civil unrest in Northern Ireland) but somehow a customs border exist for the purposes of trade. It proposes some kind of joint arrangement (unspecified at this point) on how to resolve disputes without allowing the European Court of Justice to rule on UK matters, and it also proposes (again, unspecified) an arrangement for EU and UK citizens to travel, live and work in each other’s jurisdictions.

The fact that this is the only plan currently on the table has left the UK wine industry – and business in general – with its head in its hands. Speaking at the UK Wine & Spirit Trade Association conference last month, its chief executive, Miles Beale, did not mince his words. “The WSTA believes firmly that a ‘no-deal’ Brexit would not be acceptable,” he told representatives of the UK drinks industry, adding: “We are underwhelmed with what we have seen from government. Information is too basic and ducks most of the questions we have been asking.”

IMPACT FOR THE WINE INDUSTRY: Minimal

LIKELIHOOD OF HAPPENING: very low, and diminishing by the day

IMPACT FOR THE WINE INDUSTRY: negative, because of the economic recession that will result from exit, and the increases in excise duty the government is likely to push through

LIKELIHOOD OF HAPPENING: High, but decreasing

IMPACT FOR THE WINE INDUSTRY: Catastrophic in the short term, negative in the long term because of the long economic recession this is likely to cause

LIKELIHOOD OF HAPPENING: Increasing by the day

IMPACT FOR THE WINE INDUSTRY: negative, because further uncertainty is likely to cause weakness in Sterling

Whatever the outcome you think is most likely, the sad truth of the whole sorry saga is that this drama has been built by politicians, for politicians. The only things growing as a result of Brexit are their egos. By the same token, the interests of business are of only distant relevance – if they are relevant at all.

So when Boris Johnson, arch-Brexiteer and now widely believed to be planning to topple Mrs May as leader of the Conservatives – and in doing so become the next Prime Minister – was recorded as saying “F*** business!” at a recent meeting when their concerns were raised, it is very apparent to the rest of us that the game of political theatre has become far more of a priority for the politicians than the fundamental responsibilities of governing. 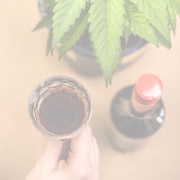 Australia, cannabis and the wine industry

Tariff trouble ahead – for everyone
0 replies

March of the imports

Wine in India – a Millennial love affair
Scroll to top