It goes without saying that there are many things about America that may seem surprising to the average tourist, and the nation’s drinking culture and relationship with alcohol is no exception. There are of course some obvious differences and quirks that most foreigners may be familiar with – outlawing alcohol for under 21s, a legal paranoia about people drinking from “open containers” outside, to name but two examples – but on a recent visit to Pennsylvania, I became aware of some of the more profound differences in the way that alcohol is bought and sold in some parts of the country.

The USA has a long, complicated and often fraught relationship with alcohol, and the complexity of the laws regarding its consumption and sale – varying to great degrees by state – reflects that. Pennsylvania has some of the toughest laws in the country, being one of 17 control states where the government directly regulates the sale of some or all alcoholic beverages, and one of only two which retains state control of the sale of wine.

Spirits, and wine (although this has recently changed – see below), are only available for purchase from the 600 Fine Wine and Good Spirits stores run by the Pennsylvania Liquor Control Board, whilst beer is also heavily regulated, with sales restricted to restaurants, bars, licenced beer stores or distributors and quantities limited for each channel.

Needless to say, Pennsylvanians have long been frustrated with their state’s strict approach to alcohol regulations, saying that the system leads to high prices, lack of choice and inconvenience for consumers. Visitors from out of state would often be surprised that you couldn’t buy wine or spirits on national holidays, that it wasn’t possible to buy wine or spirits and beer from the same store, and that many restaurants don’t serve alcohol due to the difficulty of obtaining a licence.

Earlier this month, however, a new bill came into effect which signalled the biggest change in Pennsylvanian alcohol sales since Prohibition. The new laws allow for direct shipments of wine from producers to consumers, and wine can now be sold in grocery stores for the first time, with those in possession of take-out beer licences now allowed to sell up to four bottles of wine per customer. The rules governing the state stores have also been relaxed, with opening hours extended, and stores given greater control over pricing and promotional incentives.

These changes are by no means sweeping, but many are excited that they could lead to greater liberalisation in the future – the logical endgame for them being the demise of the state-run system and the introduction of full privatisation of alcohol sales. Indeed, a Wine and Spirits Wholesale and Retail Privatization Commission has been created, which has been given six months to recommend further changes to the law.

For wine enthusiasts in the state, liberalisation of the laws can’t come soon enough. The difficulty in obtaining any products that aren’t sold in the state stores means that most oenophiles resort to hugely inconvenient and technically illegal out-of-state trips in search of novelty, and this is far from the only absurdity brought about by the state system.

Even with the new rules, peculiarities remain. The arbitrary four bottle limit on wine purchases from grocery stores, for example, will not stop a customer from purchasing their four bottles, taking them outside to their car, and going in for four more – as they have been doing with beer for years. After all, this is a system whose explicit purpose upon founding was to “discourage the purchase of alcoholic beverages by making it as inconvenient and expensive as possible”.

However, as an outsider coming from a country where wine sales are dominated by supermarkets, I wondered if the state-run system per se is necessarily all bad for the average consumer. In fact, I quite enjoyed my visits to state wine and liquor stores in various parts of eastern Pennsylvania. I enjoyed the free tastings on the shop floor – I find it hard to imagine these being held in my local UK supermarket – and that I could ask a staff member for a recommendation and get an informed answer without feeling intimidated. I appreciated the absence of overly promotional pricing, which, in UK supermarkets, has so often been used as a tactic to mislead the consumer with manufactured half-price deals. The apparent focus on quality, rather than race to the bottom pricing, was refreshing, perhaps appealing to my drink-less-but-better Millennial sensibilities.

Overall, I quite liked the idea that buying wine had to be done in an environment where it was taken seriously, and where educating the consumer and providing good quality– ostensibly at least – was seen as a priority as much as turning a profit. It made me think that if the original goal of the state system seems extreme – a petty and vindictive relic of the temperance movement – today, it seems like the PLCB is actually in prime position to take advantage of current consumer trends towards higher quality products and healthier lifestyles. The rise of the craft alcohol movement has shown that drinkers are becoming increasingly interested in drinking better, rather than drinking more, and this should naturally play into the hands of a control state which doesn’t have to worry about competition, and one of whose primary interests is reducing harm caused by excessive alcohol consumption.

So perhaps the PLCB should focus on convincing Pennsylvanians that it isn’t just out to make lives hell for wine, spirits and beer enthusiasts – firstly by amending pointless legislation that serves just to inconvenience consumers – and secondly by playing to its strengths. This is exactly what has happened in New Hampshire, where, driven by the motivator of discouraging binge drinking and unimpeded by competition, the state liquor stores are making a name for themselves of being sources of all manner of fine and rare whiskeys, tequilas and more. Similarly, in Idaho, sales of spirits have been on an upward trend for some years, without a corresponding increase in per-capita consumption, as the Idaho State Liquor Division has focused its efforts on increasing its selection of higher-priced, higher-quality items.

Moreover, supporters of privatisation in Pennsylvania might take heed from the experience of Washington, still in the midst of a four year hangover from the end of state control of spirits sales in 2012. Availability of spirits in the state has skyrocketed since privatisation, but so have prices as the tax increase implemented to fill the hole left by the end of the monopoly has resulted in Washingtonians now paying the highest per litre for spirits of any Americans. Accordingly, they’re buying spirits in increasingly lower quantities – at least within state borders, as retailers in neighbouring Oregon and Idaho have seen corresponding rises in sales.

It remains to be seen what the future holds for the Pennsylvanian alcoholic beverage landscape, and most drinkers in the Commonwealth are probably hoping for only one thing – full privatisation. But in this outsider’s opinion, provided that they are run in the right way, the lack of competition in control states such as Pennsylvania offers the unusual opportunity to forge a responsible drinking culture based not around paternalistic, outdated legislation, but instead around the very modern consumer demands of drinking quality in moderation. 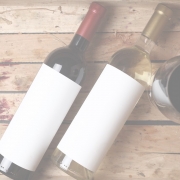 The future is now Retail theatricals
Scroll to top