Sparkling wine has had its own way in the UK market for a decade. Now it is facing serious challenge to its primacy from the gin boom and from consumers seeking to lower their alcohol intake, though the growing English Sparkling category is a consistent bright spot

Sparkling wine in the UK is facing some headwinds. With the remarkable renaissance of the gin category in full swing, there is an increasing body of evidence to suggest that its signature product, gin and tonic, is encroaching on the aperitif / relaxing drink occasion that sparkling wine has very successfully dominated over the past few years, especially amongst younger female drinkers. This has been demonstrated with the first year-on-year decrease in sparkling wine volume – down 1% in 2018 from the previous year, following nearly a decade of sustained growth.

However, within the same timeframe, the retail price of a bottle of sparkling wine is up 4% and recalled spend is rising across all occasions, aligning with more general trends of premiumisation across the wine sector. Consumers are spending more in both the on- and off-trade for many sparkling wine types, continuing the trend of quality over quantity, especially among drinkers under the age of 35. Underlying this trend is a broader social and cultural movement towards lower alcohol consumption and local, ‘craft’ products, which often signal a specific brand focus such as commitment to the environment or a particular cultural or historical connection.

If one was to construct a Venn diagram of the three key trends in alcohol: ‘drink less but better’, ‘local’, and ‘craft’, the gin category would comfortably reside in the centre. Mainstream gin brands in the UK are becoming adept at emphasising their local and craft credentials, borrowing language where appropriate from craft beer. Paradoxically for a high alcohol product, gin may also be winning in lower alcohol: we are seeing anecdotal evidence that a mixed gin drink involving a strong-tasting mixer (tonic) is allowing consumers to lower the alcohol content of the drink by dialling up the tonic water element without compromising the overall taste experience.

More positively for the sparkling wine category, English sparkling wine can also occupy the centre of the Venn diagram of moderation, local and craft. Its growth has continued in 2018, primarily driven by the young and well-off urbanites, helped by the fact that, as a expensive, local, artisanal beverage, it seems to fit exactly with the zeitgeist. However, with the category still in its infancy, availability, distribution and brand recognition remain the barriers to becoming a mainstream beverage. Our data suggests that consumers are more likely to look towards reassuring purchase cues, such as whether a sparkling wine has won an award, or whether the brand is recognisable, to guide their decision-making. Although Champagne remains the first-choice celebration product for many regular English sparkling consumers, more heartening news for English sparkling producers is that consumers are increasingly recognising the English sparkling category as a legitimate alternative to Champagne at comparable prices.

The evidence from this Sparkling Wine in the UK Market 2019 report also suggests a repositioning of Champagne in UK consumers’ minds. In keeping with the ‘drink less but better’ trend, Champagne’s average price is climbing, assisted by a sharp decline in sub-£20 own-label Champagne volumes being sold in mainstream supermarkets. The same is true of Cava, which is starting to shed its previous image as a very low-priced product – it is now consistently thought of as a £9-£11 off-trade priced product. However, at present, Prosecco has not yet succeeded in persuading consumers that it too can climb the price ladder. Compared with Cava, Prosecco is seen as having a better impression on others, more popular with peers and more fashionable, even though its price perception remains identical to that of its Spanish counterpart.

Finally, no discussion of the UK sparkling wine market can be complete without recognising the highly uncertain and volatile political context of Britain’s exit from the European Union. At time of writing (August 2019), the likelihood of a disorderly Brexit is increasing rapidly. This outcome will almost certainly lead to a significant economic downturn in the UK and is also likely to lead to a short run decline in discretionary spending. Both factors will inevitably hit sparkling wine volumes (which are already under pressure) and may also reverse the positive trade-up trend of recent years. 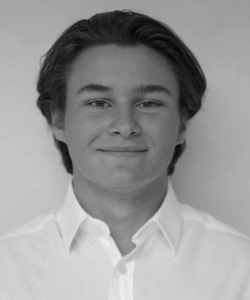 Wine packaging and the rise of e-commerce

The decline of the decisive shopper