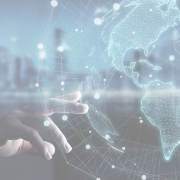 With the publication of the final report in Wine Intelligence’s 12 market Covid-19 Impact Report series, COO Richard Halstead reflects on what the exercise has taught us about wine consumers around the world

The vestiges of lockdown are still with us in many of the major consumption markets of the world, but restrictions are easing by the day. While a second wave of coronavirus cases in the US, China and other major economies can’t be ruled out, the direction of travel is towards a few months (perhaps more) where life can move back towards a semblance of ‘normal’.

The big question now is: what does ‘normal’ look like in the second half of 2020 and beyond? Most people’s plans for the year have been shredded, lives and lifestyles have been drastically altered, and personal finances and job prospects severely dented. Wine Intelligence has spent the past two months asking wine consumers around the world detailed questions about behaviour before and during the lockdown as well as intended behaviour after restrictions end. Not surprisingly, wine drinking populations from the 12 different countries we studied did have different things to report. However, what was interesting was how many similarities we also noticed.

Here, then, are five things we have learned that appear to be consistent across most or all the markets and cultures we surveyed – and what they might mean for the next year or two for the world wine market.

The trip of a lifetime may be on permanent hold, the traditional family vacation possibly just a roadtrip to see relatives (possibly socially distanced), and the idea of moving house or getting a new job a bit too risky. In a quotidian existence without much in the way of punctuation or excitement, little luxuries become more important – and wine (along with other alcoholic products) have benefited. Consumers in European and North American markets have all purchased more wine during this time, and other ‘comfort’ sectors such as chocolate, potato chips and home entertainment services such as Netflix have also benefitted. There are also parallels with the global financial crisis of just over a decade ago. Then, as now, the wine category saw little overall decline in volume, though the mix did shift temporarily towards lower priced wines.

One of the reasons that wine volumes have held up through the teeth of the coronavirus pandemic and associated lockdown comes down to the desire of wine consumers to find substitutes for social drinking occasions. Chief among these is the online social catch up with a glass of wine in hand. In some markets, such as Canada, around 3 in 10 regular wine drinkers say they have consumed wine on this occasion at least once a week; in the US, 42% of regular wine drinkers – approximately 32 million people – were drinking wine during an online chat weekly or more often. In both these markets – and most others – the Zoom-and-wine occasion was led by Millennials (25-39 year olds), particularly those who previously did a lot of socialising in on-premise and were more connected with the wine category.

It’s no secret that online retail has been the big winner of lockdown across multiple consumer goods sectors. In the wine category, regulation has been more of an issue in some markets, but in those places where wine can be sold without too many licensing restrictions, sales have boomed. China already leads the world in terms of online wine sales, and its key consumer group – again, the Millennials – have embraced the online world even more. During the lockdown period, over half of all Chinese regular wine drinkers (54%) said they used the internet to buy wine, the first time the proportion of drinkers using this channel has gone over 50%. Elsewhere, the online channels have benefited as wine purchase locations, as have convenience stores – in part because they might have been easier to access than the traditional big supermarket, particularly in the early stages of lockdown when panic buying and long queues were the norm.

Our data on intended behaviour post-lockdown has proven to be a fascinating study in contrast – and not always easily explained. Some countries that have suffered relatively little exposure to coronavirus, such as Australia, appear to have more nervousness about going out to bars and meeting people than countries such as Japan, where the virus was running out of control for a period of time. Overall, however, we have observed a fairly consistent pattern: around 1 in 6 consumers in the 12 markets we studies can’t wait to get back to restaurants, shops and bars, while around a quarter to a third are very resistant to the idea of being among crowds again. The group in the middle, typically around half of the population, are expecting to return to their normal pattern in due course, but appear not to be in any hurry to do so. Conclusion: the on-premise in particular will see at best 75% of its traffic even when restrictions have been removed and table capacity is restored – at least until the most cautious 25% of the population have been fully reassured.

A consistent finding in the Covid-19 Impact Reports was that consumers are going to try to spend less and save more over the coming 12 months. It is hardly a surprise, given the economic disruption arising from lockdown and its aftermath, and the longer-term threat of a severe recession. Such data points are making economists very nervous, because such widespread and sudden changes of behaviour can cause major contractions in the economy and have broader and lasting effects on demand, prices and jobs. Our data is suggesting that the principle casualties of this spend freeze will be longer-term and more expensive spending decisions such as moving house, buying a car, or planning big trips abroad (which are largely not possible at the moment anyway). Less affected will be the small luxuries alluded to in point one above, though even here the consumer default position will be to seek out value and avoid risky, esoteric and potentially disappointing products and experiences.

US wine volumes look stable for 2020
Scroll to top