How to attract local tourists to your cellar door

Summer Holidays officially started in France this week and it is expected that almost 2 in 5 French residents will holiday in France*. The vast majority of these tourists are wine drinkers and most will travel in a French wine producing region. We estimate that in a given year, roughly 16 million French wine drinkers visit and buy wine at the cellar door in the (French) region where they spend their holidays. In household terms, that makes about 8 million wine purchasers at the cellar door (considering that most holidaymakers travel in couples or with at least one friend or family member).

The question for French winemakers this summer is how to attract these buyers to their cellar door and generate some much needed income. That’s where it becomes interesting: according to a recent Wine Intelligence survey of French wine drinkers who visited cellar doors when on holiday, 4 in 5 chose the producer they visited and bought wine from based purely on impulse. More precisely, half of them hadn’t planned to buy wine at a cellar door (but had eventually done so) and 29% planned to do it though they didn’t know in which one (or ones) they would do so.

Among those who had not pre-planned in which cellar door they would buy wine, we asked them which source of information they used to make their decision. The traditional sources of information were ranked at the bottom (wine guides, press/magazines or producers’ websites, for example) and the most obvious one for a French national visiting a region (tourism office) was only ranked 4th. 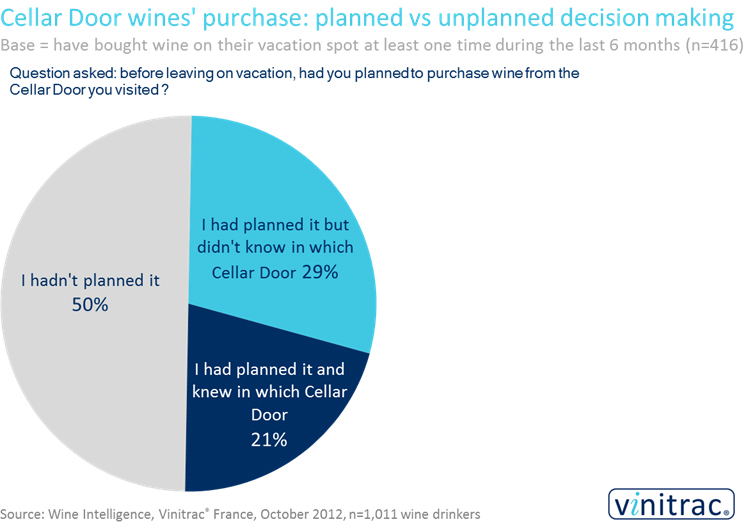 We also mystery shopped more than 400 cellar doors by email, to assess their responsiveness to consumers’ enquiries. Findings show that there is a rather wide variation in performances between vineyards and there is still clearly some room for improvement in how wineries engage with French consumers.

The bottom line: being properly referenced in a wine guide or visible in the local tourism office are important but clearly not alone enough to drive consumers to your cellar till.

There is more to come in our next report on French market cellar door sales report, to be published end of July 2013 (profiles of frequent and occasional cellar door buyers, sources of information used to select the cellar door, penetration and responsiveness of cellar doors to consumers’ enquiries etc.). For further information, please contact our French office jean-philippe@wineintelligence.com 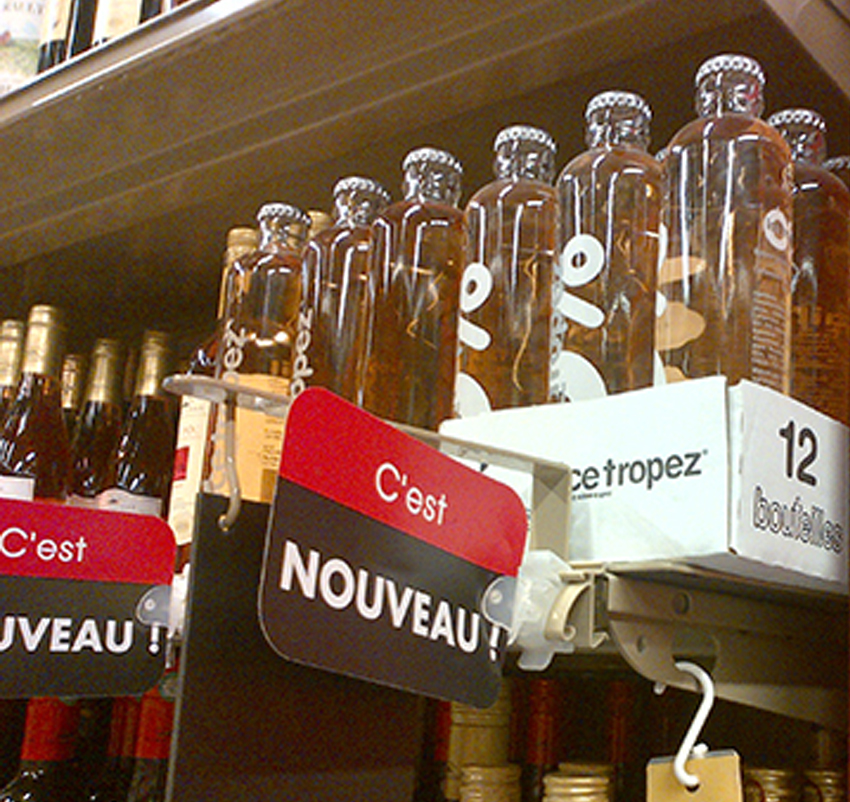 Searching for lower limits in France

Putting fizz in the German wine market
Scroll to top