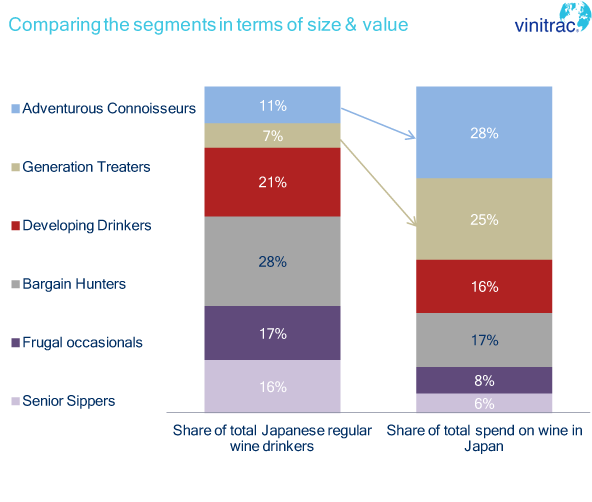 The Japanese wine market is starting to look exciting again

Something is happening in Japan. Just as the economy appears to be emerging from a long period of hibernation, the wine market too is perking up. Wine volumes in Japan grew 12% to over 31 million 9L cases in 2012 compared with the previous year, according to IWSR. The sparkling category is also growing rapidly with an unprecedented 20% growth in the same period. Japan has leapt up the global ranking tables from 23rd to 17th place in terms of market volumes. Per capita consumption is also on the rise, currently at 2.7l per annum, an increase of 12% since 2011.

What could be causing this change? Trade experts suggest two factors are at work. First, the nature of the consumer is changing, with more young people coming into the category. Second, behaviour is changing, partly driven by a fundamental change in cultural outlook following the Tohoku Earthquake of 2011. Having survived a natural disaster, consumers now appear to be less concerned about adhering to traditional cultural rules. The idea of having friends over for supper used to be a very foreign and uncomfortable concept; now it appears to be something people enjoy doing both for social pleasure but also to save money compared to the cost of eating out. They are also seeking out new ways to enjoy wine in the on-trade without the restrictions of the foreign food experience. Wine is becoming part of the standard offer in any eating establishment and many Tokyoites are exploring the wide range of wines available in stand-up wine bars popping up all over Tokyo.

Importers to Japan still have to compete with domestic wine (predominantly non-vinifera) and other alcoholic beverages, but with wine increasingly becoming a more mainstream product and changes in consumer behaviours and attitudes towards wine continuing to develop, Japan has become an important market to watch.

Storm in a wine glass?