Arguably the most impacted wine industry in the world by Covid-19, South Africa’s wine producers are trying to rebuild after a torrid few months. Wine Intelligence´s South Africa market manager Dimitri Coutras explains how the local industry has been impacted by Covid-19, and what it means on the global stage

The past six months in South Africa have been a nightmarish rollercoaster ride for everyone. But they have been especially harsh for the wine producers of the Western Cape, who have found themselves thrown under the bus, not once, but twice, by the politicians. Banned from selling our product locally for much of this time, and banned, unbanned and then banned again from exporting our wine (all in the space of three weeks in April), the new rules have caused utter chaos in the wine industry supply chain and severe cashflow crises for all but the most financially robust of businesses.

Exports resumed from Friday 1 May, while the government eased restrictions on domestic alcohol sales, only to reinstate the domestic market sales ban on 12 July. Export sales were also impacted on by reduced logistics at ports and adverse weather.

South African industry groups said the resumption of the ban on domestic sales would affect up to one million people working as part of the “liquor industry value chain”.

This domestic sales ban was finally lifted on August 17. South Africa is currently at Level 2, which means on site consumption of liquor is allowed until 10.00 pm. Wine trade and distribution have finally reopened, with specific restrictions and higher running costs.

As the dust finally (we hope) starts to settle on this extraordinary period, we as an industry are starting to count the cost and try to see some positives – and fortunately, there are some to be found.

South Africa was progressing well in terms of putting the wine industry on a sound footing until the double blow of reduced demand both locally and internationally combined with the extremely strict restrictions put into place during Covid-19 (some of which are still in place) both in terms of liquor sales and wine tourism.

The inability to deliver on export orders placed prior to the introduction of the lockdown caused substantial reputational damage and could result in delisting and loss of shelf space. It is estimated that, during the nine-week lockdown, the alcohol industry lost R18 billion in revenue (around 1 billion USD).

Additionally, VinPro reports that, prior to the second alcohol sales ban, it was estimated that around 18,000 jobs (out of a total of 300,000) in the South African wine industry together with almost 80 wineries and 350 grape growers were at risk following the export and sales disruption. It is estimated that for every job on a farm, a further 10 jobs are created in the rest of the value chain.

The tourism and on consumption trade (restaurants / bars / wine farms / etc) has been devastated, with many establishments closing.

Wine surplus due to restrictions both in local market and exports is estimated to bring ex cellar prices considerably down over the next 12 months, according to Vinpro CEO Rico Basson: “Our producers are already preparing for the 2021 wine harvest, however with close to 300 million litres of surplus wine still in cellar tanks, we might not have space for the new crop. The situation is dire,” he warned recently.

Finally, illicit alcohol sales grew and are creating security concerns for liquor outlets. And Cape Wine has been postponed to 2022.

Within the fog of setbacks that South Africa is currently having to deal with, there are a few shafts of light which may point to a more positive 2021 in the Western Cape:

The reduction of Covid-19 means the country will be moving into Level 1 on the 20th of September, with international visitors allowed to visit again being a huge boon to the industry. Some restrictions will also be relaxed, such as the purchasing of liquor for home consumption which will now be allowed Monday to Friday. As with many things in South Africa, we must continue to hope even as we keep our expectations in check. 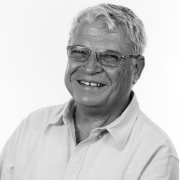 The Covid accelerated shift to local wine is set to continue 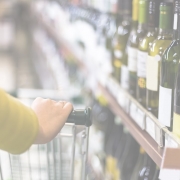 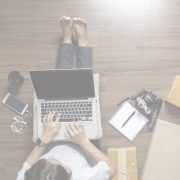 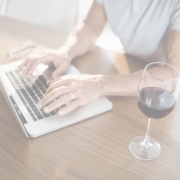 Pandemic unlocking growing opportunity for alternative wine formats in US and...

US market sees most significant rise in proportion of wine drinkers purchasing...
Scroll to top