1. Online retailing will come of age

Wine Intelligence data is already showing that two of the top five retailers used by wine drinkers in China are purely internet-based: Yesmywine and Tmall. The trend is expected to accelerate for two reasons.

Firstly, technology is evolving to make it possible: mobile internet is becoming more widespread and accessible to growing numbers of consumers, and sales of tablet devices are soaring. Our research finds that owners of tablets are twice as likely to buy wine online.

Secondly, trusted specialist retailers like Yesmywine are likely to benefit from widespread concerns about fake products – as discussed below.

2. The fake wine issue will need to be addressed

The recent discovery of a cache of 10,000 bottles of counterfeit Lafite was proof, if it were needed, that China’s problem with fake wine has got out of control. In fact the country has an issue with all manner of food scandals, some involving supply-chain corruption, and some which are a real threat to public health.

Steps are being taken, by individuals, corporations and the authorities, to expose and prevent such wrongdoing. Look out for China’s first fully traceable wine, sold at Metro, with a barcode which shoppers can scan, and see exactly where the lot has come from – all the way back to the vineyard.

3. Chinese consumers will start trading down

The wealthy have developed a particular taste for top-end Bordeaux, but as more middle-class consumers enter the wine category, China’s list of imports is starting to look very different. It’s also true to say that some of the business leaders who’ve favoured cru classé may also change their tastes, for fear of being saddled with a fake.

Consumers of all descriptions will be keen to find better value for money where they can. We expect France to continue to lead the field, but Bordeaux’s pre-eminence could be under threat.

4. Tier 2 cities will get the wine habit

The wine market is currently focused on Tier 1 cities: Beijing, Shanghai and Guangzhou. But there are 20 to 30 cities with populations of 3m to 8m, where wealth is increasing. These will be the main engines of growth for the wine trade.

There are currently around 20 million consumers of imported wine in China – just 1.5% of the population. Wine Intelligence expects the number to rise to around 80 million by 2020, with the bulk of new drinkers coming from Tier 2 cities.

5. Look out for shrinking bottles

Wine Intelligence predicts that more suppliers will see a role for smaller-format bottles. These may prove particularly popular among younger consumers, who are still unsure about wine and are reluctant to invest in a full 75cl bottle.

Alternative packaging, like cans and pouches, may have a longer-term future but is unlikely to find favour at the present time.

Corrections and Clarifications: Due to an editing error in an earlier version of this article some unwarranted zeroes were added so that it incorrectly suggested “10 million bottles” of counterfeit Lafite had been found rather than “10,000 bottles”. It is of course the latter, smaller, number that was discovered by Chinese authorities. We are happy to clarify this and apologise for any misunderstanding this may have caused. 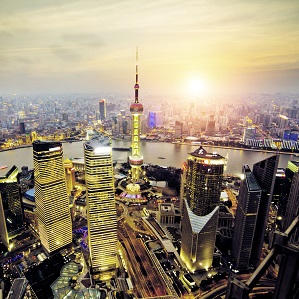 Australia’s mojo is back

Wine and tablets: A potent combination
Scroll to top