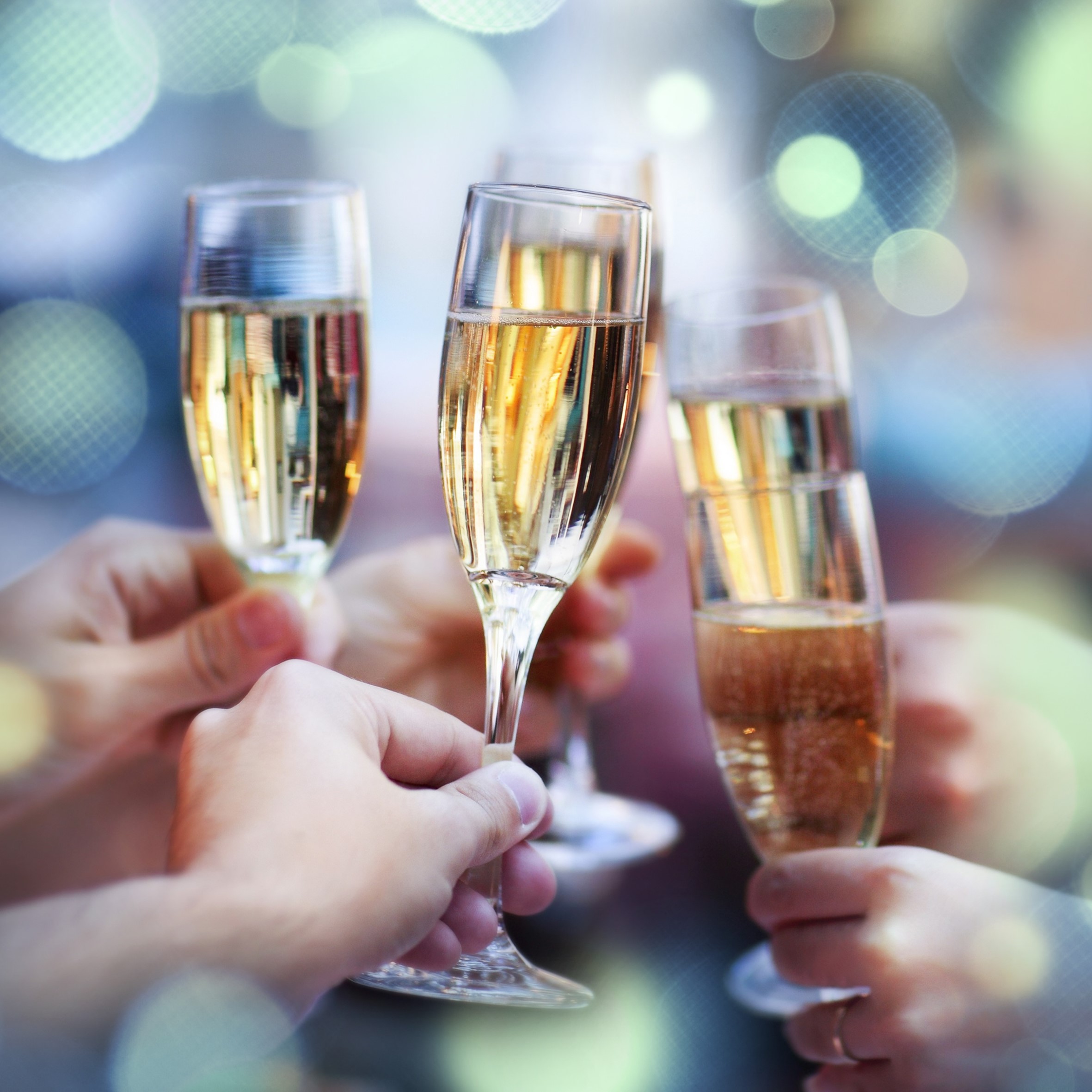 China still hasn’t quite found a taste for bubbly – but what might happen if it did? Globally, the sparkling wine category continues to grab headlines and grow much faster than still wine, though typical sparkling volumes in a given country are still generally around a tenth of still wine volumes. Germany, the world’s largest sparkling wine market, consumes 5 bottles of still wine for every 1 bottle of sparkling. Partly this is a cost issue, and partly it’s the fact that sparkling wine, traditionally, was only a drink of celebration, and for many people it doesn’t fit with the idea of an everyday drink.

In China, the sparkling craze has yet to bite. The country consumed over 160 million 9-litre cases of still wine in 2016, but only 1.6 million 9-litre cases of sparkling (source: the IWSR) – in other words the equivalent of 1% of still wine, versus our notional norm of 10%. And yet, we are starting to observe some changes in the market that are making sparkling a more accessible product, and are allowing consumers to see past traditional prejudices against sparkling wine. Between them, these may fundamentally change how bubbly is consumed in the country. 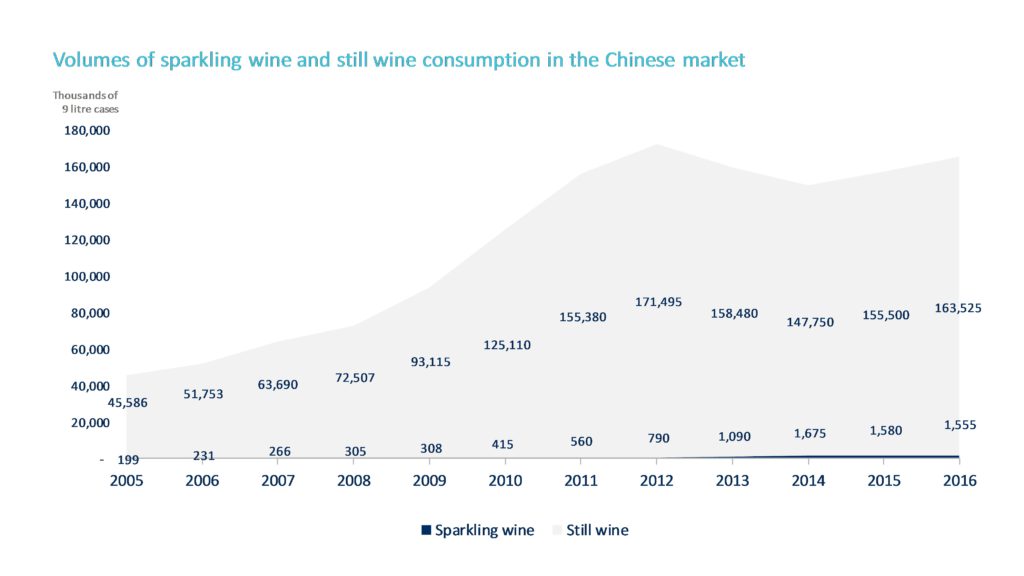 For the first edition of the Sparkling Wine in the Chinese Market report, Wine Intelligence launched its maiden Vinitrac® China Sparkling survey to understand sparkling wine consumption in China, supplemented by trade interviews amongst a few importers and retailers. According to trade sources, the majority of Chinese consumers have yet to discover sparkling wines such as Champagne, Cava and Prosecco, mainly because of a lack of awareness. “Chinese people are generally more aware of red wine than sparkling wine, one of the reasons being that there aren’t many occasions where one could drink (or think about drinking) sparkling wine” according to one wine educator. The lack of occasions was, in the past, compounded by a lack of understanding and perceived value of sparkling wine – if you wanted bubbles and a refreshing taste, the conventional wisdom said, drink beer.

The consumer data we gathered for the report shows that the Chinese generally feel little connection to sparkling wine. The majority of urban upper-middle class drinkers of sparkling wine are more likely to drink red wine, with 73% reporting they have drunk red wine in the past 12 months, compared to 29% who have drunk Champagne and 28% who have drunk Italian sparkling wine. However it also shows that there is an emerging generation of Chinese – effectively, the urban educated millennial cohort, who have graduated from university in the past 10 years – who are now exploring beyond the traditional red Bordeaux that their older peers once flocked to. They want to fit in, enjoy life, identify with people around them and value experiential consumption. Sparkling wine connects with their needs by projecting a Western lifestyle and making the occasion special – and perhaps most importantly, it’s not what their parents are drinking. 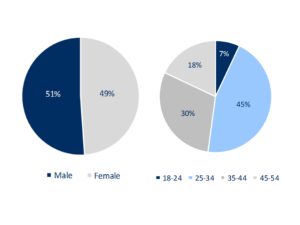 Although Champagne is the most widely known sparkling wine in China, its high price means only a small group of consumers can afford it and it is primarily associated with gifting and conspicuous consumption (mostly at corporate events and in night clubs). However, importers and retailers predict that the non-Champagne sparkling wines will soon lead to a breakthrough in coming years, 1) because the price is typically lower and 2) because the flavour is more suited to the Chinese palate, both of which allow consumers to enjoy it on informal occasions.

Confirmed by both trade sources and consumer survey, the style of sparkling wine that has the greatest potential in China would be sweet (not sugary sweet like candy but sweet enough to balance the high acidity in sparkling wine), slightly sparkling (think frizzante), lower in alcohol and exhibit ripe fruit flavours. For example, the Italian sparkling wine brands Martini and Cavicchioli have gained some success in the Chinese market – their flavour is easy for new consumers to accept, and the affordable price makes it more versatile to be consumed for relaxation, friends’ gathering or celebration.

Similarly, sparkling wine, particularly French Champagne, is often presented as a luxurious, high-end, romantic drink, which is perhaps taking a toll on the growth of sparkling wine as it is not being consumed on frequent occasions. “Chinese usually associate sparkling wine with formal or celebratory events, like annual functions or weddings” said a distributor.

For more information about how sparkling wines are impacting the Chinese market, our first report on the subject is due to be published Thursday 8 February 2018.

Positive thinking: The ‘how’ and ‘why’ of measuring mental wellbeing...