How the nation’s wine drinkers might be feeling, post-Brexit.

At least we were in good company. Along with most opinion polls, the world’s financial markets, and even some “Vote Leave” politicians, we were predicting that the voters of the United Kingdom would opt by a small majority to remain part of the EU.

Now that the vote has gone the other way, Wine Intelligence clients are quite rightly wondering what the future might hold for the UK wine market. The honest answer, right now, is nobody knows. As I write, the news feed in the corner of my screen is reporting unprecedented leadership turmoil in both main UK political parties, and pictures of cliff-like graphs of stocks and currencies litter the business blogs. A few business information providers have bravely tried to update their 5 year forecasts, but quite frankly these will probably need to be revised again within weeks.

So rather than try to divine a long-term future path for the UK that is probably more uncertain than at any time since the Second World War, here are a few thoughts on the near term impact on the UK economy in general and wine market in particular.

We haven’t yet seen data showing a correlation between Remain voters and wine drinking, but if we compare the Leave-Remain demographic data that has been published with our own understanding of wine drinkers, there will be a large number of people crying quietly into their Chardonnay over the next few weeks. Wine drinkers in the UK tend to be higher income (over half earn over £30,000 a year, according to our latest calibration study), educated to university level, and more likely to work in an office or draw a private pension. The voting profiles published so far suggest that these are the same people who (largely) voted to remain part of the continent that still provides them with the majority of their alcohol.

A very good analysis by the political pollster Lord Ashcroft suggests that there is a very clear correlation between Remain voters and those who have embraced the changes in society of the past 30 years: liberalising views on social issues, greater concern for the environment, and an open-minded attitude to other cultures. This attitudinal pattern also fits the profile of a typical engaged wine drinker.

However we also know that 40% of the UK’s wine drinkers are over the age of 55, and it was this age group that voted by a clear majority to leave the EU. So some of the wine consumed last weekend will have been in celebration, not commiseration.

So what will happen next weekend, and on weekends over the next few months? If a majority of the UK’s wine drinkers are feeling grumpy and disenfranchised by the Leave victory, we may well see a short-term spike in wine consumption as they drown their sorrows, probably in the company of like-minded folk. If they are homeowners, they may find solace in seeing their mortgage repayments drop to unprecedented lows if the Bank of England cuts interest rates. On the other hand they may be frightened by the notion that their house is worth less than it was before the Brexit vote, and put off by rising prices of imported luxuries fuelled by the pound’s rapid decline against other currencies in recent days.

In the medium term, the clouds look more ominous. If the UK’s political classes continue to flounder, and fail to provide a clear and positive direction for the UK economy, in a world where entrepreneurial talent and capital can easily take wing, the economic dashboard will start to look frightening. Faced with uncertainty over future income, or whether or not they will have a job next year, UK consumers will quickly rein in spending. This will lead to a shortfall in public finances (VAT accounts for around 1/5 of all tax receipts), which will need to be plugged with extra borrowing (though this might be at higher interest rates because of the UK’s increased risk profile), income tax increases (unwise in a faltering consumer spending situation), or fuel duty (again, unwise in a recession). In this doomsday scenario, governments can be tempted into increasing taxes on alcohol, despite well-documented evidence that this will precipitate a fall in consumption (and therefore self-defeating).

All in all, not a pretty picture to contemplate. For those that are interested, we will be testing the theory on wine drinking correlating with a Remain vote in the next UK Vinitrac omnibus survey, which will be in field in the middle of July. 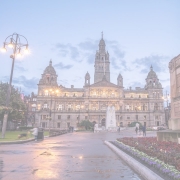 What’s the damage for UK on-trade?
Subscribe to our newsletter

Portrait of a new American wine drinker What do you do when there is no wine left?
Scroll to top