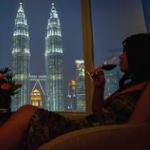 Could the countries of ASEAN be the next area to achieve lift-off for the wine category?

While the first decade of the 21st Century  saw the birth of the “BRIC” countries of Brazil, Russia, India and China as the most potent economic force driving global growth, the recent economic problems affecting several of these countries would suggest that the world may need to look elsewhere for its growth engine over the next few years.  Who could fill these big shoes?

For some observers, the answer lies in ASEAN, the economic zone covered by Brunei, Cambodia, Indonesia, Laos, Malaysia, Myanmar, Philippines, Singapore, Thailand and Vietnam. Founded by five of the group – Indonesia, Malaysia, Singapore, the Philippines and Thailand – in 1967 as a sort of Common Market of the East, the association endured a difficult upbringing. For decades the region was in the grip of war, coups, dictators, and financial crises.

As the political storms have slowly abated (there are still a few rumbling on), and globalisation of trade and technology brought economic transformation, the group has grown to encompass 10 nations, which remain diverse in terms of religion, economic management and politics, but increasingly bound together in terms of economic growth and trading relationships with the rest of the world.

A recent Rabobank report offers some impressive macro economic numbers for the region. If the ASEAN were a country, its GDP of USD 2.4 trillion would be the 7th largest globally and growing by 5.2% (world GDP growth is 2.3%). Perhaps of greatest interest to the long-term strategists of our industry, more than half of its population is under 29 and increasing by 1.3%. Also more than half of its population is expected to be living in cities by 2020 with massive urbanization rates over the last decade.

These phenomenal numbers have been attracting investors and will attract more in the next few years. But… what does this mean for wine?

ASEAN, as a whole, is not a big wine consumer. Collectively it is currently the 46th largest wine market in the world, with significant Muslim populations (particularly in Indonesia and Malaysia) who are non-drinkers for religious reasons. However the region has managed a healthy wine volume compound annual growth (CAGR) of 5.43 % between 2010-14 (world CAGR 2010-14 is -0.09%). Many cultural, political, economic, logistic and demographic variables will influence whatever may happen in the near future from this small base. Nevertheless the evidence from other development paths suggests that when economic booms lead to urbanisation and the emergence of a professional, internationalised middle class, major cities become big wine consumption centres. ASEAN can already boast major international cities such as Singapore, Bangkok, Kuala Lumpur, Manila and Jakarta.

With such a large non-drinking population, it’s clear ASEAN doesn’t have quite the growth potential of, say, China. However it may yield  more steady growth for the wine category with its increasingly powerful economies, and the coming demographic dividend from a young population.