Moving beyond natural cork for sparkling is taking hold, led by Australian producers

It’s perhaps no surprise then that Australian producers are among the first to take the plunge with a new form of screw-cap that can seal sparkling wines. Could the sound of popping corks become as rare in Australia as the call of the critically endangered orange-bellied parrot?

Such a scenario seems a long way off. Taylors has decided to bottle just 10% of its sparkling wines with the new screw-cap, which has been developed by Guala Closures, though De Bortoli has gone further and applied the Viiva closure to its entire Trevi and Willowglen Sparkling Brut ranges.

De Bortoli believes the new closures will be particularly popular with women, and those who don’t plan to finish the entire bottle in one sitting – and have, until now, struggled to reseal it. Taylors, which started bottling all of its Rieslings with screw-caps in 2004, was one of many producers whose initial move to screw-cap was driven by concerns over cork taint.

Wine Intelligence’s Vinitrac® research shows that De Bortoli’s theory is sound: in Australia, women have a more enthusiastic view of screw-caps than men do. 53% say they like the closure, while 40% are neutral. That compares to 41% of men who like screw-caps, and 48% who don’t mind either way.

It’s not quite the same story in the USA however. Americans are much more open-minded about screw-caps than they used to be, but cork still reigns supreme, with only 22% of regular wine drinkers in the USA favouring screw-cap compared with 62% favouring natural cork.

Female consumers in the USA are also more in favour of screw-caps than their male counterparts with the screw-cap approval rating among women at 26%, and just 19% among men. 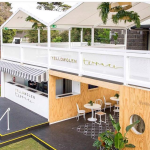 There’s a future in the past