Wine is losing ground in its most important market to the new wave of artisanal beers, ciders and spirits

As the biggest wine market in the world, any changes that take place in the US wine market are bound to have repercussions for international wine business.

Our 2015 instalment of the US Wine Market Landscape Report explores what has changed in the last year, and predicts future trends. Here are a few of the most interesting ones:

Starting with craft beer, moving on to spirits and now stretching to brand new categories such as cider, the craft movement poses a threat to wine’s territory in the US beverage market. Red and white wine usage levels have seen some long and short-term declines, while cider and sparkling have grown. Craft beer incidence has remained steady, at 35% consumption rate amongst all US regular wine drinkers.

With the development of new and unique flavour profiles, craft products have branched out and are now offering experiences traditionally the preserve of the wine category. Craft beer is increasingly providing a viable alternative to wine, and – crucially – is now being pushed as a drink to pair with food. The fact that beer is a more approachable and affordable drink, as well as the proximity of urban micro-breweries to consumers, are seen as competitive advantages against wine. This brings up an interesting question: if people are seeking products of provenance and craft, why are they moving away from wine? Can it be that wine, the original craft product, is ceasing to be considered as authentic as craft beer or spirits? This is a trend that wine should be revelling in, and instead it seems to be missing out.

It’s hard to tell who the chicken and who the egg is in this situation; is the tendency towards exploration a result of the craft beer trend, or the reason behind it? Either way, consumers are definitely becoming more adventurous. Traditionally dominant wine styles, varietals and countries of origin are losing favour as previously obscure wines begin to gain traction and popularity.  Consequently, Chardonnay, Pinot Grigio, Merlot and Cabernet Sauvignon usage is declining, and less traditional varietals ranging from Verdejo to Gamay are on the rise. In this way, the consumption of Californian wine has seen significant long-term decline, while wines from other parts of the US have experienced an increase, alongside countries such as New Zealand and Portugal at the expense of Australia, Chile and Argentina. Similarly, this trend has led to more men drinking rosé, which The Drinks Business fittingly dubbed the ‘brosé’[1] phenomenon. Our data backs this up: equal numbers of male and female consumers now drink rosé in the US.

Leading the experimentation trend are younger consumers. Generally less aware of mainstream brands, Millennials are much more experimental and willing to try new products and lesser known countries of origin, opening up the market to less established producers.

Finally, some consumers are choosing to experiment by cutting out alcohol altogether. Though it is not yet seen as a big threat, it is a growing phenomenon.

Young consumers will play an increasingly important part in the wine industry from now on. The generation following Millennials are those born after 1994. Their title is disputed but we chose to name them ‘Next-Gens’ in our Future Consumers Report (to be published later this month), and they are about to come of legal drinking age next year. Meanwhile, as one generation comes in, another one (or two) go out; the Silent generation, and soon the Baby Boomers, are coming to the end of their prime wine-drinking years.

As this happens, the already sizeable Millennials (those aged 20-35), who currently make up around a third of the market, will continue to expand to become the largest population segment in the US and will dominate wine retail market and drive trends. Compared to older generations, they are more involved with the wine category and more adventurous when choosing wine.

Looking further ahead, the Next-Gens have the power to wield unprecedented impact on the market. Currently, only 40% of US adults are regular wine drinkers. Compared to the reach in other markets like Canada (59%) and Japan (46%), there is clearly room for growth in the US. Furthermore, in terms of per capita consumption of still light wine, the US ranks 44th in the world at only 11 litres per annum – a far cry from Italy’s 47 or even the UK’s 21. This new group of consumers can either grow the market exponentially, or break it.

See the whole picture in our brand new US Wine Market Landscape 2015 Report, and find out more about US consumers in our US Future Consumers 2015 Report, released very soon. 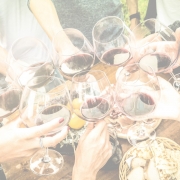