Historically, the Columbian wine drinker has been set in their ways. If one was to ask him or her to select a wine off the shelf in a moderno or hypermarket, you might assume they would plump for a Chilean red (probably Merlot, with a natural cork) from a brand with a long tradition or heritage – perhaps Casillero del Diablo or Gato Negro. Today, our new Colombia Landscapes 2016 report shows the evolution of the typical drinker and the emergence of a new generation. These newer and younger drinkers are the most adventurous and most frequent drinkers of all wine drinkers in Colombia, and they are demanding a wider choice when it comes to wine. They represent an opportunity for wine producing countries across the world.

Colombia has historically been a nation of beer and spirit drinkers, with wine showing promising growth over the past decade. Per capita consumption of wine is growing from a relatively low volume of wine consumed per person, rising by 3% since 2011 to 0.5 litres per adult per year. 25-34 year olds are spearheading this rise in wine consumption. We are also witnessing a rise in experimentation and adventurousness of these younger drinkers when it comes to their wine choices. 53% of young wine drinkers in Colombia enjoy trying new and different styles of wine on a regular basis. This is in contrast with their parents’ generation, where we see 62% of 55-59 year olds being risk-adverse when it comes to wine choices and sticking to what they already know.

As expected, Columbian wine drinkers are familiar with international grape varieties and Chilean brands. The usual suspects – Sauvignon Blanc, Chardonnay, Merlot and Cabernet Sauvignon – are being enjoyed by the highest proportion of wine drinkers here. While Chile, Argentina and Spain are the most significant countries of origin (both in terms of volume imported and reach), we see fewer younger drinkers choosing wine from Chile than their older counterparts

It is brands, however, which most strongly influence Colombian consumers when it comes to choosing and selecting wine, with 83% stating that ‘a brand I am aware of’ is ‘important’ or ‘very important’ when selecting wines. This was the most important choice cue, with grape variety the second most stated choice cue by 79% of respondents.

Further growth in wine is potentially under threat by a newly proposed law which could see tax levied on still light wine reach the same level as that for spirits, resulting in potential price increases of up to 35 % for some wines. The very same consumers who are paving the way for a more diverse array of wine in Colombia, the 18-24 year olds, are also the most price sensitive: 19% do not mind what they buy as long as the price is right. As Colombia risks undermining its own developing market, it remains to be seen how consumption will be affected.

Why is wine brand awareness declining in Australia? 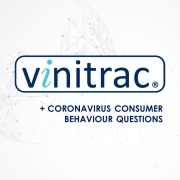 Quantifying the impact of coronavirus on wine 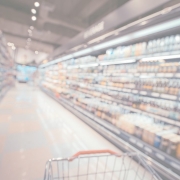 Have some Madeira, y’all Tier 2 cities, no longer a second thought
Scroll to top