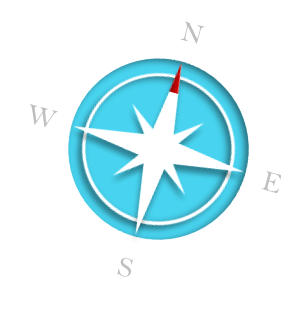 Wine producers around the world struggle with the question: where should I invest my human and financial marketing capital for the best return? When domestic markets start to reach a plateau both in terms of size and growth, the obvious strategy is to export – but where to? How much should I invest? Many times the decision-making process is driven by culture and geography – and many times those decisions are not the best ones available.

As a producer looks to spread its wings beyond the domestic market, there is an understandable tendency to zone in on a nearby country with similar culture and a convenient route to market. Typically, costs involved in the export process will be lower for these destinations, including expenses paid for flights, participation in trade fairs, and product adaptation (e.g. label in local language, new branding, different types of wine etc.). Examples of trade flow between countries like this are plentiful: Argentinians and Chileans export to Brazil, Moldovan and Georgian wines are drunk in Russia, and New Zealand is the leading exporter to Australia.

But, is the ‘obvious’ option always the best option? Can we not find other markets where the producer’s capabilities will have a greater impact?

Between the 1990s and the early 2000s, Australian wine producers asked the very same question that we are asking now, having been forced into considering the global market as a whole by the country’s geographical isolation. By investing first in a wide scope of market insights, they analysed trends and opportunities which would fit best with their value proposition and capabilities, eventually arriving at their two target markets: the US, and the UK.

Their success story is well documented. Within a relative short period of time, Australia surpassed France to become the leading imported wine in the UK market, and now maintains a consumption volume that is consistently 1.5 times that of French wine. The same success was found in the US, where Australia has now held the title of second-largest wine importer for over a decade, at times even able to threaten the number 1 importer perch of Italian wine.

Not long after, Australia also became one of the first wine-producing countries to focus on the Chinese market. The rewards reaped here are no less evident: ranked only behind France in terms of consumption volume, Australian wine has been growing annually at double-digit rates (11% CAGR between 2010 and 2014).

More recently, Chile has adopted a similarly strategic approach, particularly in Asia, and now dominates markets such as South Korea (#1), Japan (#2 to France) and China (#3 and threatening Australia’s #2 position), as well as so-called secondary markets like Finland and Ireland (#1 in both).