How did our resident futurologist’s five predictions for this year perform?

Timing is everything in the prediction industry. Too early and you look like a fool for a while, and only justified much later; slightly too late and you are stating the obvious that is familiar to all. And there is of course a third quite major factor – that you get things plainly wrong, and the world goes in a different direction.

Currently my sympathies lie with the political soothsayers, who must have their work cut out for them. Here in the UK we have (another) general election coming up next week, with a choice of leaders who are each seemingly determined to drive the UK in very different directions but arguably all off different economic cliffs. Elsewhere in the world, uncertainty reigns wherever you care to look – changing of the political guard in Germany, the US presidential election in 2020, a constitutional crisis in Chile, a crisis of governance in Hong Kong, more labour unrest in France…the list goes on.

Amid this turmoil, it’s actually quite remarkable that certain trends are evolving in a fairly linear and stately way. I made predictions 12 months ago as to what might matter to us in wine in 2019. So,  here, for posterity, are the marks on my homework assignment from 12 months ago in December 2018.

This remains very true and a growing concern for all alcohol categories – which only gets a 6/10 from the scorers because it wasn’t a particularly radical prediction. Perhaps a more telling legacy of 2019 will be that this was the year when some of the key volume wine producers realised that the game of selling more liquid for less and less margin was not just zero-sum, but negative-sum. Organisations that still measure success solely in units shipped will suffer in the short term in this world, and become extinct in the long term. For the foreseeable future, the developing world will carry on drinking a bit more wine, and the developed world a bit less. Whether those two remain in balance going forward will be explored in my upcoming Predictions for 2020 article.

As has been previously reported here, we are in a world where any piece of knowledge is a short Google away. This begs the question: what does one need to remember? The answer, it seems, is not as much in the way of facts (countries of origin, regions, grape varieties) and more in the way of feelings (what I think I like and dislike, and what might impress others). This latter element is perhaps what drives people to sign up to Vivino, the wine app currently with around 36 million users around the world; it also tends to characterise the (generally brief) peer-to-peer conversations about wine on social media.

That said, our data is suggesting that we are seeing a polarisation of behaviours at a segmental level across international markets. Younger involved consumers are expressing their “involvement” broadly in two contrasting ways: some are learning about wine in the classical, empirical way (for instance, WSET courses, which now educates well over a 100,000 students a year globally); while others are using the confidence inherent in having a smartphone, living in a vibrant urban area and having a bit of money in their pocket to educate themselves through experience. Clearly there is an overlap in this Venn diagram, but the much bigger bubble is this latter experiential group, able to dip in and out of wine as they would with food, music and other culture. It doesn’t mean there is a crisis because overall knowledge levels are declining – it just means that we as a category are transitioning from an analogue, linear knowledge state into a more digital, multivariate one.

When is something a “thing”? The canny futurologist tends to offer their own measure of success and, unsurprisingly, find the proof to meet it. That said, there is lots more vegan wine visible in the market, and a lot more noise about it – for instance, a growing habit in many markets of producers and retailers signalling their vegan virtues on the label. Consumer awareness levels are growing, but still not high. Our Global SOLA (Sustainable, Organic, Lower-Alcohol and Alternative) Wines 2019 report  highlighted that vegan wines are showing increased awareness levels (much stronger, for instance, than biodynamic wine), though still at low levels compared with organic or Fairtrade wine. Brands such as Proudly Vegan now exist, and retailers are committing to take some or all of their ranges vegan – most recently, Marks & Spencer in the UK. So vegan wine is now a thing, and will be a bigger thing in the coming years.

In a world of falling consumption volumes and increasingly brutal retailers, strategy theory suggests the environment might remain more benign for two groups of producers; those making exclusive niche products which command a market because of their inherent characteristics and scarcity (think Brunello de Montalcino, Tokay, Screaming Eagle), or the industrial giants that can deliver sufficient quality and reliability at the lowest cost in a given sub-category, and still make money. For everyone else, they need a brand strategy – perhaps one might call it a survival strategy.

A casual glance at our latest UK Landscapes report (out last week) and US Landscapes report (out next month) shows an increasingly stark correlation between brands which are investing in building a consumer relationship and market success, and corresponding stagnation / reversals of fortune in brands not following this path. In this context, investing in a consumer relationship doesn’t just mean running some billboard ads and doing social media. As any decent brand strategist will tell you, true brand investment is a nose-to-tail affair: investing in quality product and process; best-in-class logistics; a long-term and sustainable distribution / route to market / trade marketing strategy; and yes, consumer awareness and affinity.

Perhaps fittingly, our cannabis forecast is making slower progress. The problems with this area appear to fall into three categories: the product itself is proving to be difficult to make well and in a form that actually tastes OK; regulation of the category is still onerous and shifting, particularly in the US; and the whole category remains something of an exotic novelty for now, and a bit reputationally problematic for some wine businesses. Cannabis-flavoured wine is de-alcoholised wine that has had some element of cannabis added, either through infusion (as in making a cup of tea or infusing neutral spirit with juniper to make gin) or the addition of emulsions or other concentrated forms of cannabis. Pioneers in this area include Rebel Coast and Saka Pink in California, both of which are claiming success for their products, but neither would lay claim to being a “mainstream” brand. So, we will have to wait a little longer for this, perhaps a lot longer. There are a number of big businesses that have ideas on the drawing board, but are not wanting to commit to development until the regulatory environment settles down and some of the production / taste problems have been resolved.

Idaho: A wine scene to watch

Where wine brands have power 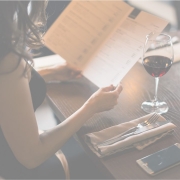 UK Market Breakfast Briefing: Millennials and wine – should we be worried or excited?
0 replies

Will gin drink wine under the table?
Scroll to top